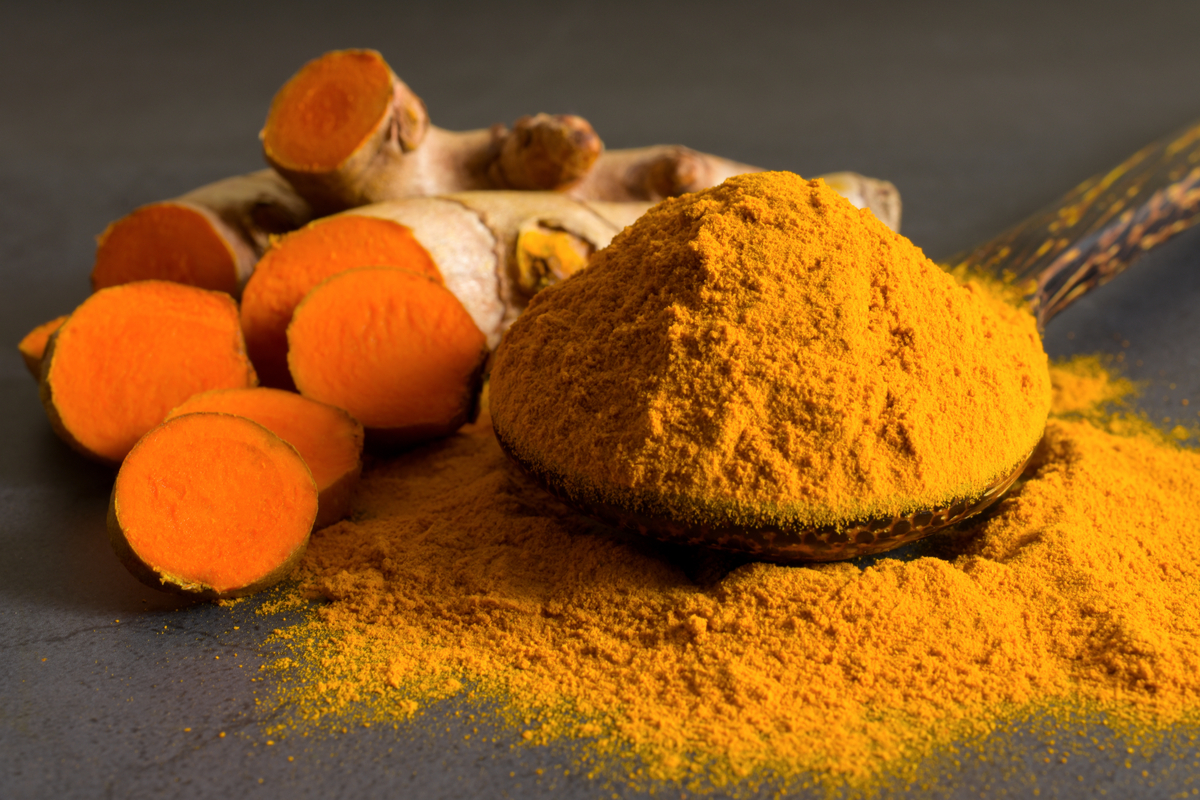 Turmeric is a spice derived from the turmeric plant. It is commonly used for Asian cuisine.

You may know turmeric as the primary ingredient in curry.

It has a warm bitter taste and is often used to flavor or color curries, mustard, and cheeses.

However, the root of turmeric (curcuma longa) is also used widely to produce medicines, as it contains curcumin.

Curcumin is a yellow-colored chemical often used to color foods, cosmetics, and medicines.

Turmeric has been used for thousands of years to treat a wide range of conditions.

Studies have shown that turmeric can fight infections and certain cancers, in addition to reducing inflammation, treating digestive problems, as well as improving symptoms associated with IBD.

Studies have been conducted in both test tubes and in animal testing to determine its effect on humans.

There are some studies that used an intravenous form of turmeric, rather than an oral solution. Some studies, however, show conflicting evidence.

Curry powder is often made with turmeric powder. It gives Indian curries their characteristic flavor and yellow color.

Turmeric has been traditionally used in both Ayur­vedic and Chinese medicine for treating inflammation, digestive problems, skin diseases, wounds, and other health conditions.

Curcumin is a powerful antioxidant.

Curcumin has been shown to decrease the amount of two enzymes that cause inflammation.

It prevents platelets from clumping and forming blood clots, which reduces the risk of strokes and heart attacks.

Does Taking Turmeric Help With Bloating?

Turmeric has long been touted as a natural remedy for digestive issues.

In fact, it’s often recommended as a way to prevent or treat indigestion.

It can also be used to alleviate other gastrointestinal problems, such as stomach ulcers and diarrhea.

Turmeric is one of nature’s most powerful anti-inflammatory foods.

Turmeric contains curcumin, which stimulates the gallbladder to secrete bile. Turmeric is known for its anti-inflammatory properties.

It helps to ease stomach issues, including bloating and gas. The best way to benefit from turmeric is by drinking golden milk.

This is a simple mixture of turmeric and milk, which can be either hot or cold.

You can also take turmeric supplements, which are available in capsule form.

You may want to try this if you’re having trouble getting your daily dose of turmeric.

Curcumin is an orange color pigment obtained from the rhizome of the herb Curcuma longa Linn, belonging to the ginger family.

Curcumin is the active ingredient in turmeric, which is also responsible for the range of health benefits that turmeric can offer.

The chemical structure of curcumin is similar to that of capsaicin, the main component of chili peppers.

Capsaicin is responsible for the pungent taste of chili peppers.

Curcumin is structurally related to capsaicin but lacks the vanillylamide ring present in capsaicin molecules.

Research shows that turmeric may be beneficial for the below conditions:

Curcumin stimulates the production of bile by your gallbladder, which some believe may improve digestion.

The German Commission E approves turmeric for use in the treatment of digestive problems.

A double-blind, placebo-controlled study discovered that turmeric reduced symptoms of bloating and flatulence in people who suffer from indigestion.

In one double-blind, placebo-controlled study, people who had been diagnosed with ulcerative colitis were given either curcumin or a placebo, along with conventional treatments, for six months.

Researchers have wondered whether curcumin might be able to help relieve arthritis pain because of its anti-inflammatory properties.

Curcumin is the active ingredient in turmeric.

People who used an Ayur­vedic herbal formula containing turmeric, winter cherry, Boswellia, and zinc were less likely to experience pain and immobility than people who didn’t take the herbal formula.

However, it’s not possible to tell which ingredients were the cause of the effect, or whether it was just one or a combination of them.

It has been shown that turmeric may also help prevent blood clots from forming along artery walls by stopping platelets from clumping.

A double-blind, placebo-controlled study, however, didn’t find that taking curcumins at a dose of up to 4 grams per day improved blood cholesterol levels.

Research into turmeric’s anti-cancer properties is ongoing, but the results are not yet conclusive.

Studies in test tubes and animal studies suggest that curcumin might help prevent or treat certain types of cancer, including breast, skin and colon cancer.

Turmeric’s preventive effect may be related to its anti-inflammatory properties, which protect cells from damage.

More research is needed to determine whether turmeric has anti-cancer properties.

Conventional treatments for cancer are the best way to go because they’re proven to be effective.

Don’t rely solely on alternative medicine to treat cancer. You need to combine them with conventional treatments.

Make sure you tell your doctors if you’re using complementary therapies alongside your cancer treatments.

Studies in test tubes suggest that turmeric may kill certain types of bacteria or viruses, but scientists don’t know if it would work for humans.

Turmeric has a range of benefits thanks to its anti-inflammatory and antioxidant properties, including the treatment of symptoms associated with IBD, Crohn’s disease, and ulcerative colitis, such as bloating and discomfort.