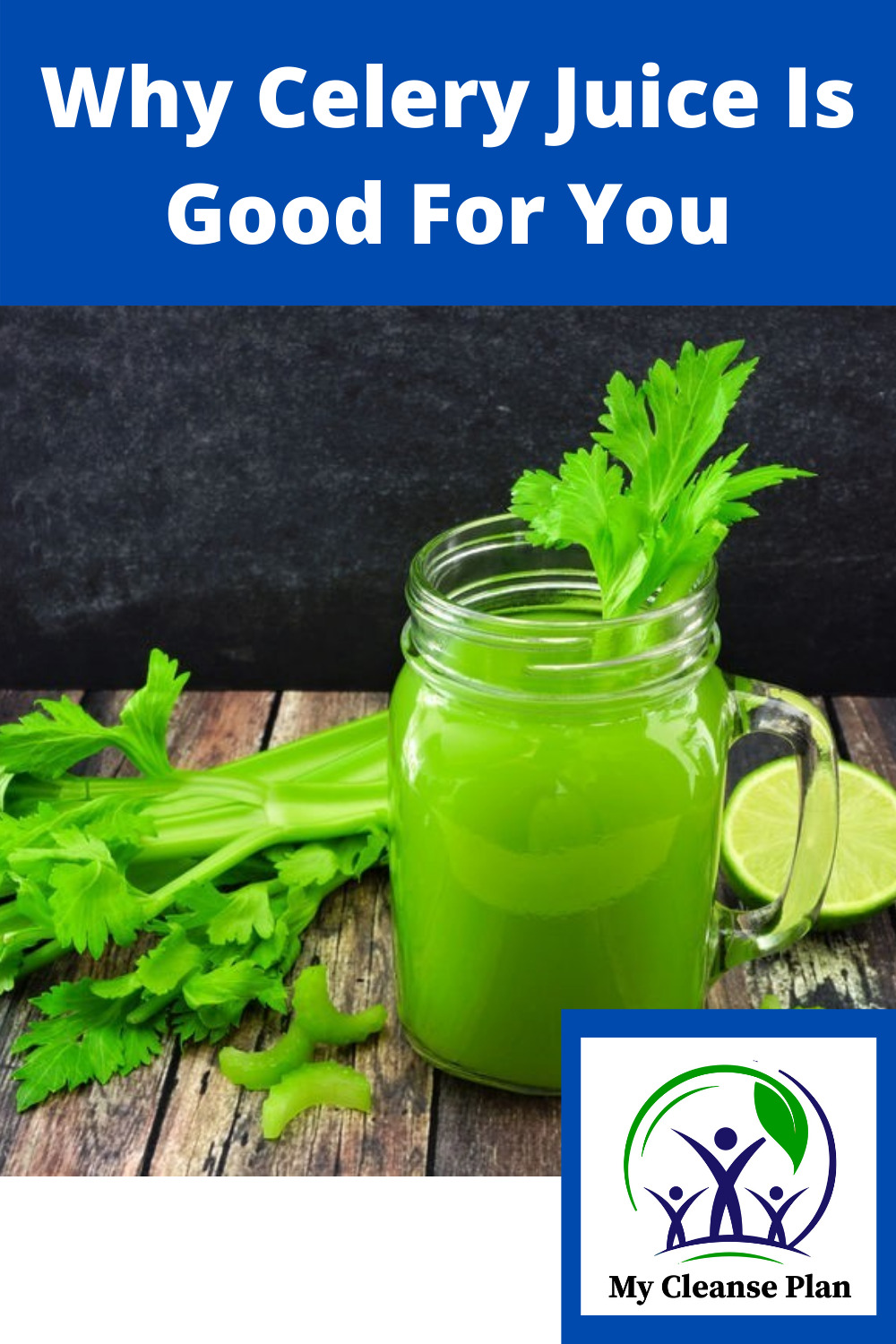 Why Celery Juice Is Good For You

Celery juice is everywhere because it is saving lives as it restores people’s health one symptom at a time.

From celebrities posting about their daily celery juice routines to people from all walks of life sharing pictures and testimonials of their dramatic recovery stories, celery juice appears to be more authentic than most naysayers object.

Celery juice is revealing itself to ignite healing when all odds seem against it.

What Is Celery Juice

Celery juice is a bright green juice that contains phytochemicals which helps in reducing blood pressure, inflammation, and fight against oxidative stress.

As reported by Erin Palinski-Wade registered dietitian and author of “2 Day Diabetes Diet”, in a short conversation with Healthline, the same nutrients found in whole celery are as well found in celery juice.

Celery is a member of the carrot family.

The plant and its seeds provide an abundant source of vitamins, minerals, and antioxidants “It also contains health-boosting flavonoids and other phytochemicals, although some of them will be lost when the fiber is removed during juicing.

Many foods contain nutrients in the peel, pulp, and other components that are lost when they’re converted to juice form.”

The fiber in your diet not only keeps your digestive system functioning smoothly but can also help with:

Celery is also low in calories and sugar, making it a popular choice for a quick and healthy snack.

Amidst the latest claims, some studies have investigated whether drinking celery juice improves people’s health. Instead, most research has examined the health benefits that experts associate with consuming specific nutrients that celery and its seeds contain.

The apigenin and luteolin in celery may also ease the following several conditions:

Celery contains luteolin, which may help reduce inflammation for people with allergic asthma. Allergic asthma and rhinitis are inflammatory diseases affecting the upper and lower airway.

A 2017 study investigated whether luteolin could reduce inflammation and lower allergic responses in mice with these conditions. Results showed that giving the mice luteolin 30 minutes before exposing them to an allergen significantly reduced the levels of inflammation within their lungs and nasal passages.

However, scientists still need to do further studies to confirm whether luteolin has similar anti-allergy effects in humans. 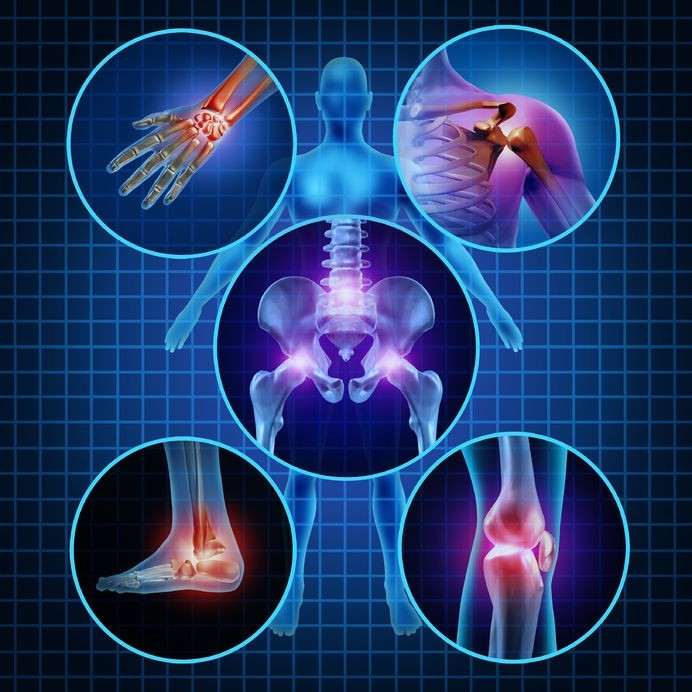 Inflammation is a vital part of the immune system’s response to injury and infection.

It is the body’s way of signaling the immune system to heal and repair damaged tissue, as well as defend itself against foreign invaders, such as viruses and bacteria.

Without inflammation as a physiological response, wounds would fester, and infections could become deadly.

Chronic inflammation has been linked to certain diseases such as heart disease or stroke, and may also lead to autoimmune disorders, such as rheumatoid arthritis and lupus.

But a healthy diet and lifestyle can help keep inflammation under control.

A 2017 study investigated whether apigenin could suppress arthritis in mice. The investigators first treated the mice with apigenin.

Afterward, the animals showed less tissue inflammation and delayed onset and severity of arthritis in comparison with mice that did not receive treatment.

The researchers concluded that apigenin works by suppressing the immune system. It does this by interrupting the transportation and signaling capabilities of cells that trigger inflammation.

According to a 2016 review, luteolin can halt the growth of some types of cancer cells in rodents.

Luteolin may also prevent cancer cells from invading other areas of the body, or ‘metastasizing.’ Scientists think that it may do this by preventing new blood vessels from growing around existing tumors.

Furthermore, studies on animals suggest that luteolin could enhance the potency of chemotherapy drugs that act on cancer cells while reducing the toxic effects of these drugs on the body. 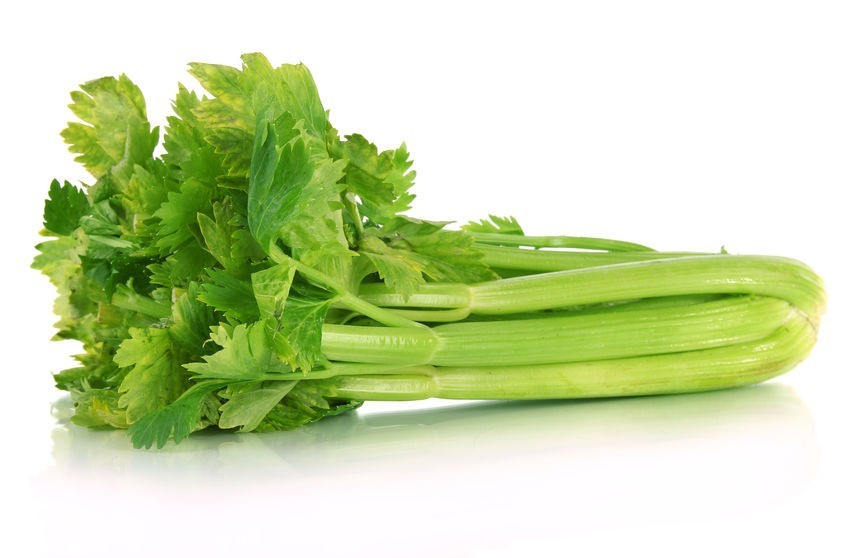 Every morning, drink roughly sixteen ounces of celery juice on an empty stomach. Make sure it’s fresh, plain celery juice with no other ingredients.

It takes roughly one large bunch of celery to make sixteen ounces of juice.

Celery juice is a medicinal drink, not a caloric one, so you’ll still need breakfast afterward to power you through the morning. Simply wait at least fifteen minutes after drinking your celery juice before consuming anything else.

For even greater benefits or if you suffer from a chronic illness or symptoms, consider drinking twenty-four to thirty-two ounces of straight celery juice per day. You can drink it all at once in the morning on an empty stomach or split it into two servings as directed below.

If you’re unable to consume your celery juice first thing in the morning before food, then the second-best option is to drink it fifteen to thirty minutes before or after eating something anytime during the day.

If you’re having thirty-two ounces a day, you can break this up into two sixteen-ounce servings. You can drink the first in the morning on an empty stomach before eating and the second in the late afternoon or early evening, at least fifteen to thirty minutes before eating your next meal.

If you’re sensitive and sixteen ounces is too much, start with a smaller amount, such as two to eight ounces, and increase how much you consume over time.

Use organic celery whenever possible. If you’re using conventional celery, be sure to wash it especially well before juicing. 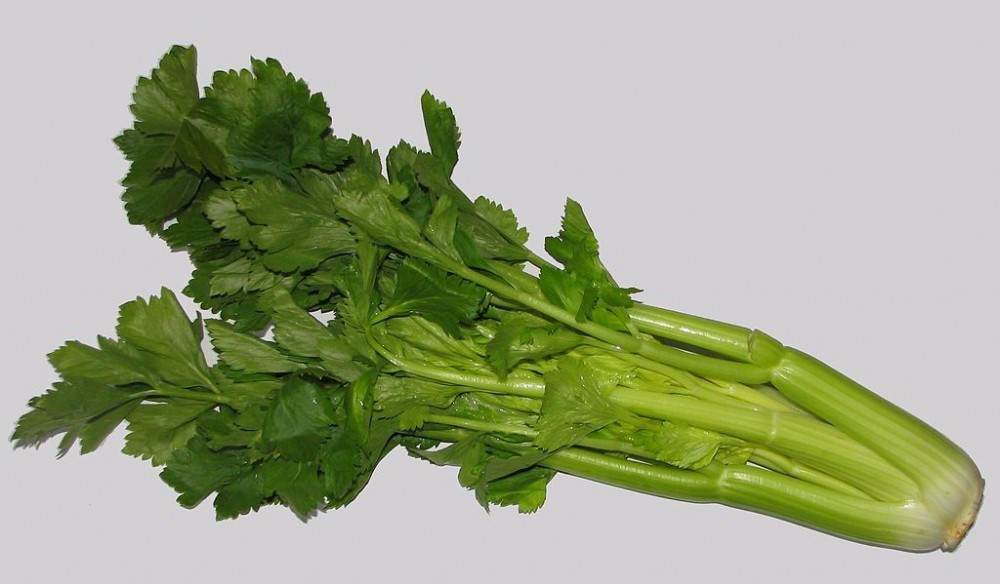 As you can see, there are many benefits to drinking celery juice. There have been a number of studies on these benefits and others are currently underway.

If you believe that celery juice may help a condition you have, please discuss this with your doctor. Some natural remedies or foods may interact with specific medications and I recommend checking with your doctor to be on the safe side.

Please leave your comments and questions below and thank you for reading.

Other articles to read:

Are Juice Cleanses Good For You?

7 Best Juicing Recipe Books to Get You Started 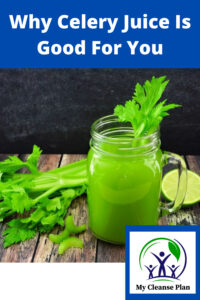